skip to main | skip to sidebar

After 5 happy years on Blogger, I am closing this blog. Thank you for the good times here!

Only then you'll see the world all brand new

I haven't been posting here too much.  It's a combination of having lots of work (a good thing), and the weather being great in Portland.  You have to go outside when that happens; it could change back at any minute! 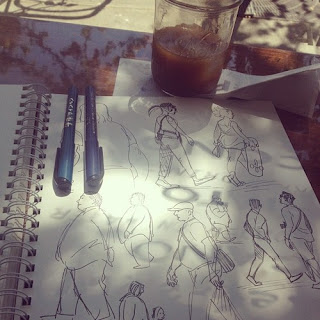 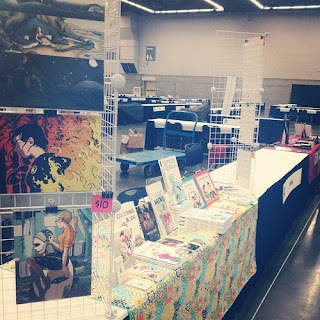 There was the Stumptown Comics Fest, which was GREAT this year.  Fest director Kaebel Hashitani knows what he's doing and his team was on it.  The guests were phenomenal.  I spent about as much time away from my table as at it--there was so much I wanted to see! 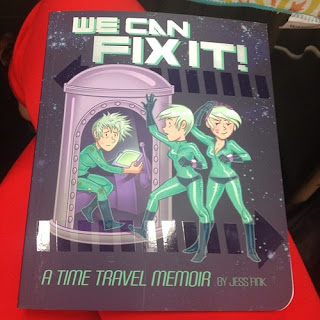 Brett Warnock gave me this copy of Jess Fink's new book.  I LOVED it.  Whatever materials she's using (pencils and a wash?) really work.  It's so pretty and warm. 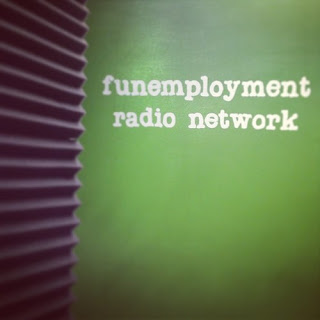 I have a gallery show this month at Sequential Art Gallery, and I did a First Thursday event for the opening of that.  I was on Geek in the City with Merrick Monroe to promote it. 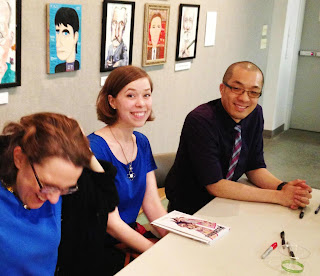 ^(That has to be the happiest face of mine anyone has ever caught on camera. I love it.)
On May 6 I had a signing at Powell's for Husbands!!!  I got to meet Brad Bell, Jane Espenson, and Tania del Rio.  We did a panel and Q&A with my studio mates Ron Chan and Ben Dewey as well.  It was cool having so much of the creative team in one place.  The crowd was great and we filled that Pearl Room space!
It felt full-circle for me because I found out about Periscope Studio at a Powell's author reading in the exact same place where Steve Lieber and Jeff Parker were speakers.  I was a 19-year-old, making comics but badly wanting some IRL comics friends.  Finding out about the studio changed everything for me. 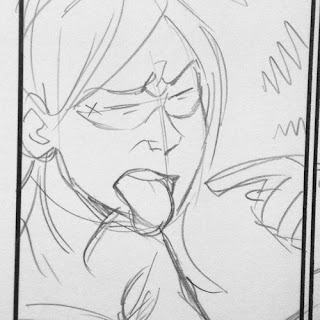 I'm working away on It Girl issue #12.  Mike Norton, Chynna Clugston, and I each get 8 pages--I think it's a really nice device for bringing the whole creative team together in the finale issue.  I got my comp copies for #10 yesterday and I am SO happy with them.  The issue drops May 15; be sure to pick it up! 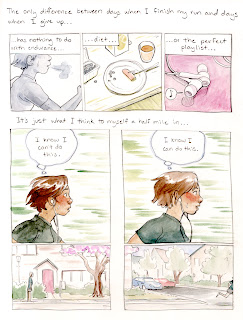 I've been running for exercise.  I'm finally finding the nice pockets for that in my neighborhood. 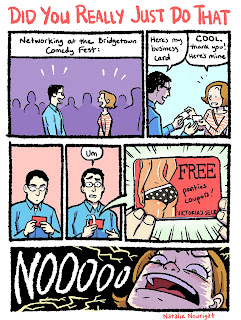 And I'm still a klutz.  At least I have an outlet.

Lastly, I'll leave you with some new doodles.  Until next time! 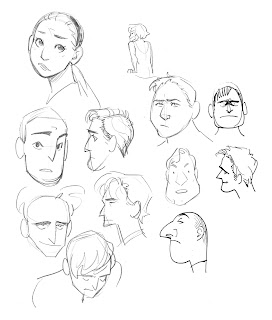 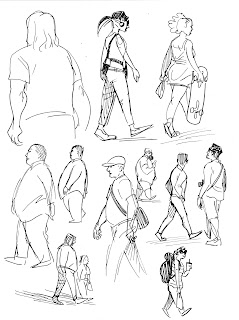 Posted by Natalie Nourigat at 9:56 AM 4 comments:

The Picture This! show on Saturday night was a highlight for me; Wook Jin Clark and I were two of seven artists who drew live for comedians as they performed stand-up (curious how that works?  Check out this clip).  It's a fun format and we got to meet some great artists, including Griffith Kimmins and Samantha Gray of Titmouse Animation Studio, and Portland artist Shane Hosea. I believe the show was recorded, and I'll definitely link it when it goes live. 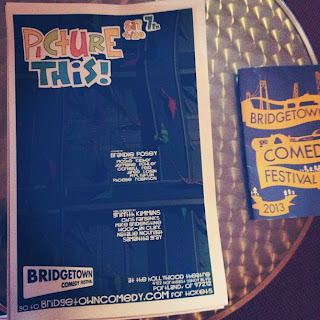 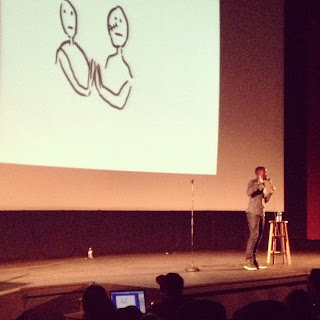 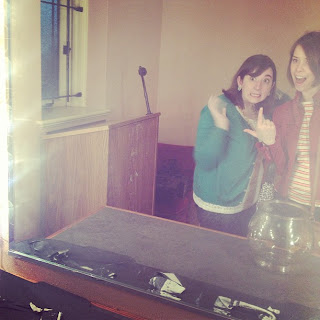 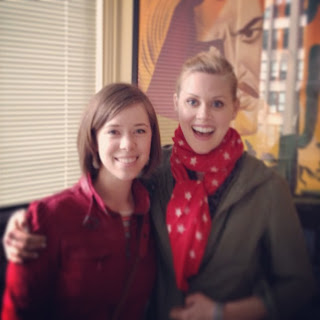 Posted by Natalie Nourigat at 2:33 PM No comments:

I got a request from my friend Jaylee last week asking if I had any tips or resources for improving one's drawing skills.  I get this question a lot, so I wanted to make one big blog post with my ideas.  I'll add to this over time as I come across valuable resources, so check back.
Update: I'm removing this text from my website, but wanted to keep it available on the blog:

How can I “break into” comics?

That is a huge topic, and it depends a lot on which artistic task/s you want to do (writing, penciling, everything, etc.) and in which sector of comics you hope to work (monthly superhero titles, creator-owned graphic novels, monetarily successful webcomics, etc.). You can find a lot of good advice with some basic searching around the internet. With the accessibility of webcomics and blogs, it’s pretty easy to get your work out there.
My advice to anyone who looks at my art and wants to create similar work for a living is this:
1. Draw every day, no matter what. Professionals make it happen even when they don’t feel like it or they’re busy.
2. Set goals. If you are doing a webcomic, set an update schedule that challenges you but is accomplishable. This could be anything–five updates per week or one update per month. The important part is to MEET YOUR GOALS. If you cannot stick to your own deadlines, it’s unlikely you will be able to stick to professional deadlines.
3. While you are trying to break in, my strong advice is to NOT put your effort into long comics, but to make 16-40 page comics that tell complete stories. That way, an editor can look at a comic you’ve done, read it in 10 minutes, and see how you tell a story with a beginning, middle, and end. The best part about this is that while you are in a stage of your development where you are improving rapidly, you can continually shed your skin. You can leave your last story behind and start fresh with your new skills more frequently than if you are shackled to a 400-page saga.
4. Practice other forms of art, especially figure drawing. A classical art education and an understanding of light, form, and composition will help your comics immensely. Even if you are uninterested in drawing realistically, trust me: you want to know how to. Good cartooning is built on top of a good understanding of realism.
5. If your only influences are comic books, you run the risk of developing a derivative style (read: not original, not special). Bring other influences to your work and try to cultivate a way of storytelling unlike anyone else. Watch movies, read books, paint, go to concerts and plays, learn languages, play sports, practice hobbies, travel, meet lots of people, and keep your mind open to new ways of telling stories.
6. Post your work to the internet. This could start as a free DeviantArt gallery, Tumblr, blog, or anything. Eventually, though, when someone does an internet search for your name, the top result should be one easy place where they can find samples of your work, your availability for work, and your contact information.
7. Seek out informed critiques for your work. Go to conventions and approach editors and artists (they will usually advertise if they are doing portfolio reviews and have a specific time and place for them. Please don’t ambush people with your portfolio). If you are in school, explain to a teacher what you hope to do with your art and ask for his or her honest feedback on your portfolio. Thank anyone who takes the time to review your work. Do not argue with them or make excuses. Write down what they say, take it home, read it several times, really inspect your work, and look for ways that you can improve. Repeat.
8. Do what you love. If you truly love making comics, chances are good that you’ll “break in” sooner or later. Even if you don’t make a living at it, you’ll be doing what you love and that is extremely rewarding.


Posted by Natalie Nourigat at 1:46 PM No comments:

If you're a good girl tonight

I saw Hansel & Gretel: Witch Hunters last night with Molly and Wook Jin!  It was AMAZING-AWFUL.  It was this perfect mix of absurd and self-aware and just....just going for it.  Just owning the awful.  Anyway, here are some reaction comics!  SPOILERS!  (And man...there were SO many more jokes than this.  Funny stuff from Wook Jin and Molly that I didn't include.  I just could not fit them all in.) 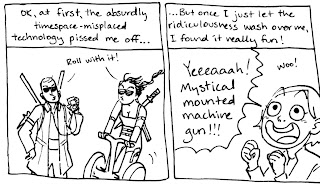 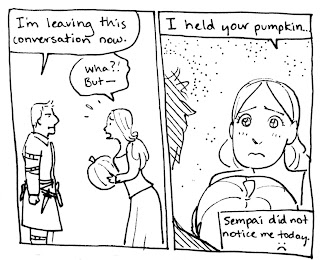 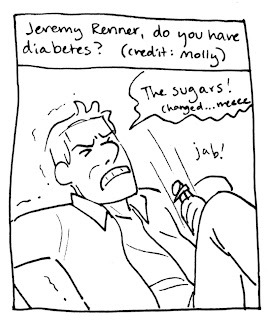 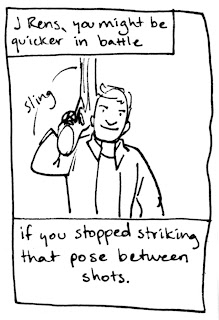 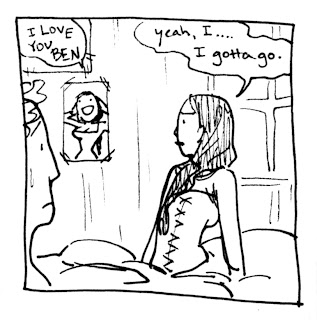 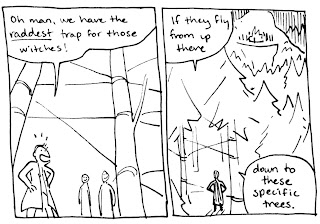 And then they did. 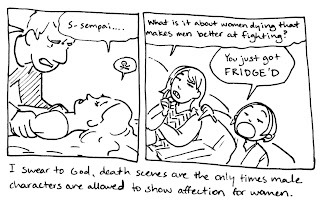 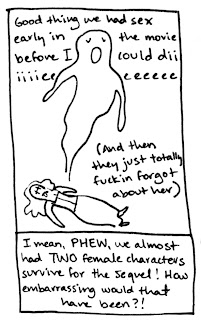 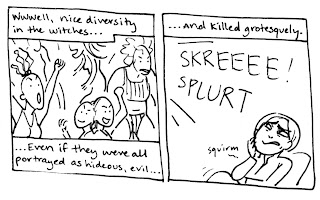 Just, in general, such gratuitous violence in this movie.  Sometimes it was funny, usually it was gross. 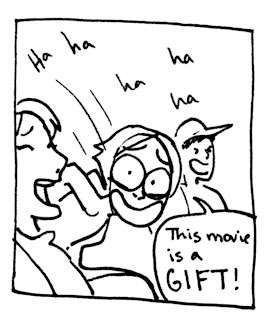 The movie was actually really, really fun.  At a $3 theater with two friends who can appreciate a good bad movie, it was a perfectly wonderful time. 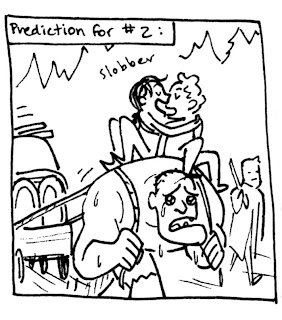 Click here for more movie reviews!
Posted by Natalie Nourigat at 10:37 AM No comments:

I made some fan art for Legend of Korra! 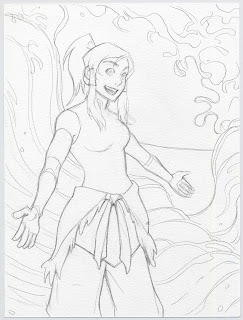 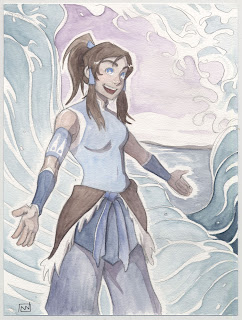 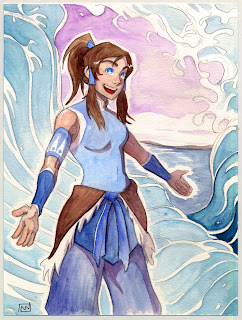 And Photoshop!
Posted by Natalie Nourigat at 12:48 PM 1 comment:

You fear that you can't do it all and you're right

Do you guys know that I'm on Vine?  I've really been enjoying that app and the 6-second-film form.  James Urbaniak's are some of the best things the internet has to offer right now.

I have been working really hard the past several weeks, and I've gotten big into The Blow. (Should I rephrase that?  Oh well.) It's great finding music that keeps me pinned to my desk when I need to be.  Just a couple more days and I should be able to take it a little easier...! @_@